And not somewhere oversea in the USA, but in a small northern country - Finland, famous for its rock'n'roll culture and well-known musicians. There was this dream to one day become a reality: and now, after number of years, the glory of Thrash Fest reached humble Insurgent journalists (who visited the fest for the first time in 2012), and they decided to highlight this fest in the following article.

The festival was held in Helsinki, the capital of Finland, at the concert venue named Gloria. 4 days: October, 3 - Kick-Off Party, 4-5 - Main days of the festival, October, 6 - Acoustic after-after party gig (daytime). It should be mentioned that Mama Trash had the idea of pre- and after-party days for the first time this year and, looking ahead, it turned out to be just gorgeous. This year's festival was dedicated to the fight against breast cancer and primary dress code color was pink. As you know, life is not that simple and the choice of this disease is also not accidental: behind it lies a sad story with a happy ending. All 2012 was for Jo Sheldon a year of fundraising for the treatment of her dear cousin from this terrible disease. The operation was successful and the cousin was also present at the festival, setting an example of what people can do together and every disease is fightable by force of will and desire to live.

*Band from Sweden ToxicRose due to some inner problems could not make it to the festival and just in the last week was replaced by British guys of New Generation Superstars. This did not reflect the festival pretty much, but the fans of the handsome black-painted studded Swedes, of course, were a little upset. Both bands, however, are part of the Trash Family and most likely will entertain us many years ahead.

Crystal Rain is a musical band, which got the honor to be the first to go on stage and open the whole event with their 40-minute gig. People who saw these guys for the first time, could catch some “HIM” notes and sounding in the manner of playing, what is not surprising, because Crystal Rain is not just Finnish band , but also Helsinki guys who grew up with the songs of the legendary band. They are not very well known yet, especially in Russia, but they are very promising, considering at least the fact that they were taken under the wing of Mama Trash itself. Among other songs especially memorable are: "Hallo", "Fade into you", "The reason we fall". 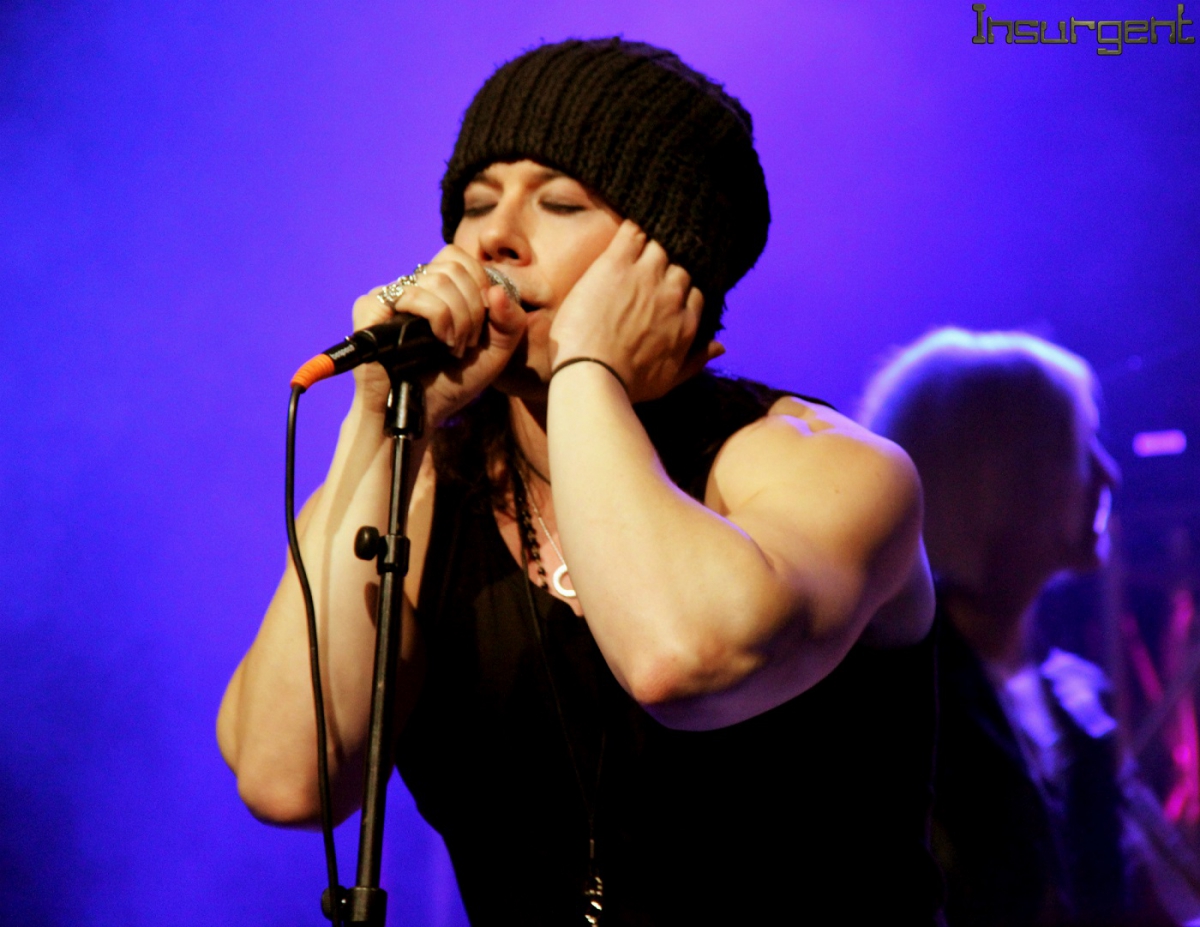 The second in line were Latexxx Teens, visitors from sunny Italy, whose motto "They are Lovers, Haters and Dangerous. Teens can't relate to just being mediocre" pleased their fans much with only their appearance because they have been known and expected by the TrashFest audience since 2011. 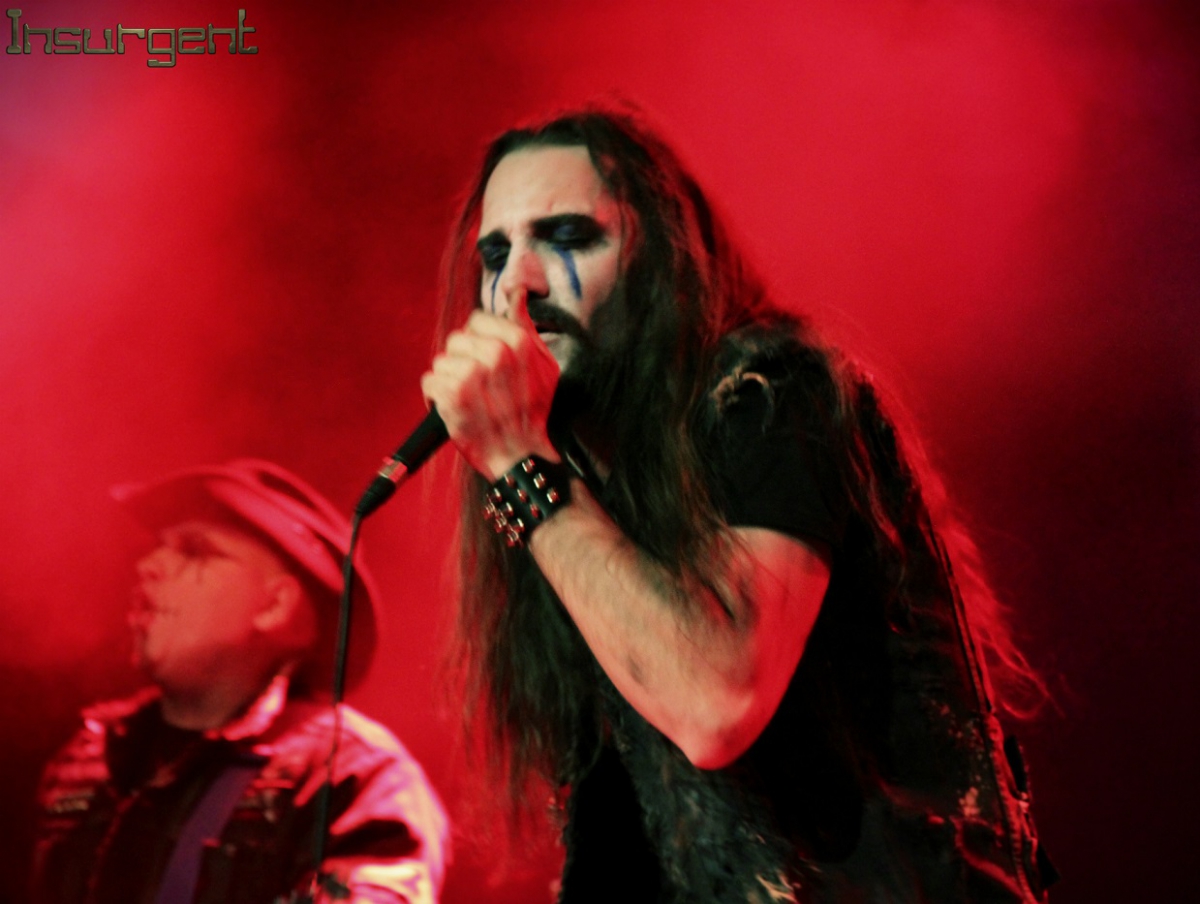 At the end of their performance Mama Trash herself entered the stage to make a moving speech about the fight against breast cancer and her cousin who suffered from this disease and fought till the happy ending, about how grateful she is to everyone who donated money for her treatment. It all ended in tears, and not just Mama’s ones, but of the whole room... After the speech all the musicians on the stage including New Generation Superstars, VDiva of Lost Area, Chris Wicked of Malice in Wonderland, and Chris Harms from the Lord of the Lost performed the song "Warriors" (world premiere), co-written as the anthem of the struggle against breast cancer and the whole festival. It should be noted that all the money from its downloading and purchasing will be donated to the fund fighting against this terrible disease. 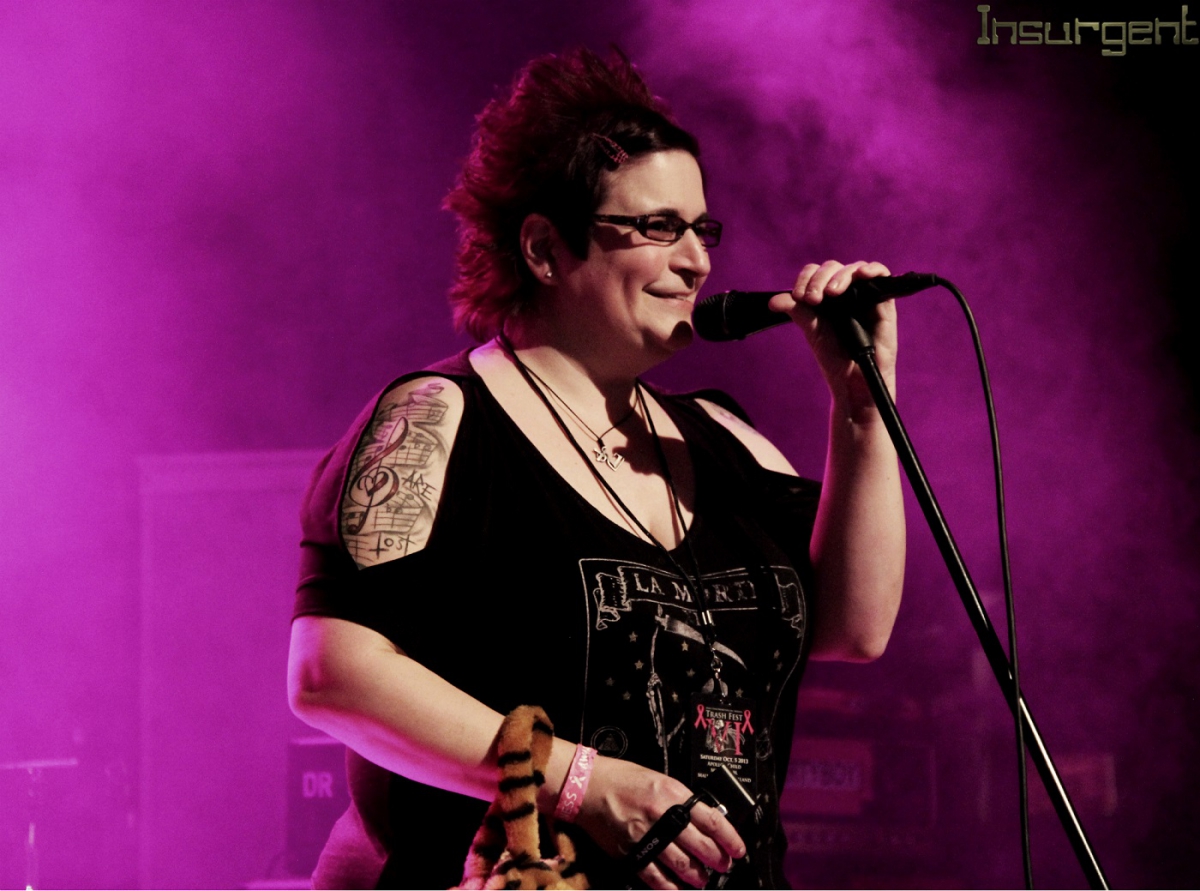 New Generation Superstars, being definitely at the top of the list of my Mother's favs rocked the house, having performed such hits as "Hell city", "My life", "Guess what" and "Blizkrieg pop". During the last song, the bass part was played by Goran of Toxic Rose - so bright he was that even after the song ended it took a long time trying to lure him from the stage (but what if the man got into his element ?))). The audience went crazy, applausing, screaming and shouting in unison: "Hey-ho, Let’s Go!" long after the gig. 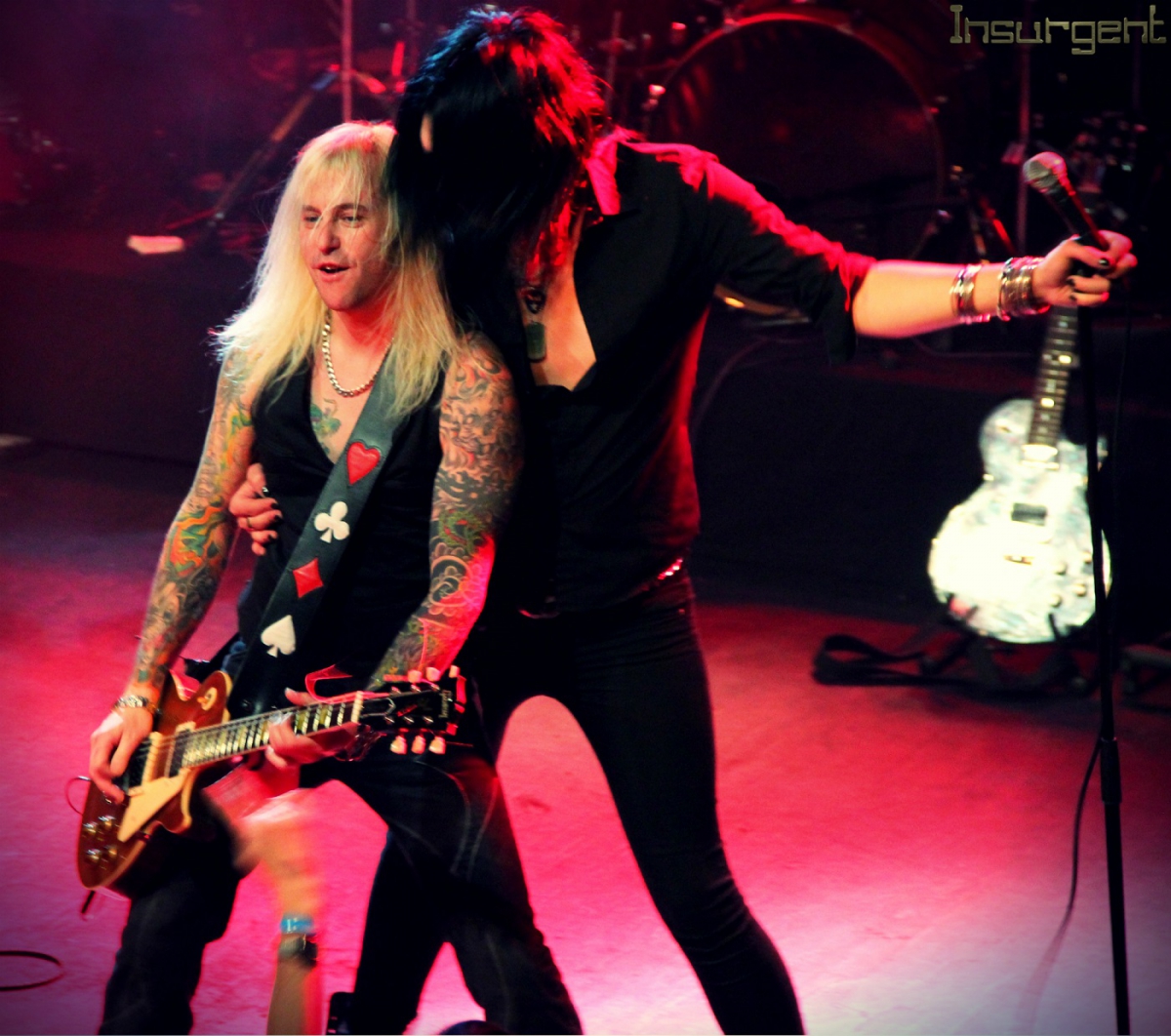 The headliners of the first day were Private Line, Finnish rockers, notorious in Finland and Russia! Fest regulars and also Mom’s favs played а great concert, performing all their well-known and other songs: "Deathroll Casino", "Dead Decade", "Black Swan", "Uniform". Fans sang along with Sammy Aaltonen all the time, which pleased their idols very much (because, as you know, Finns are quite indifferent to their own bands). Playing at Trashfest was not only a bright occasion, but also a prelude to the upcoming mini- tour throughout Germany. Guys are long awaited there :) 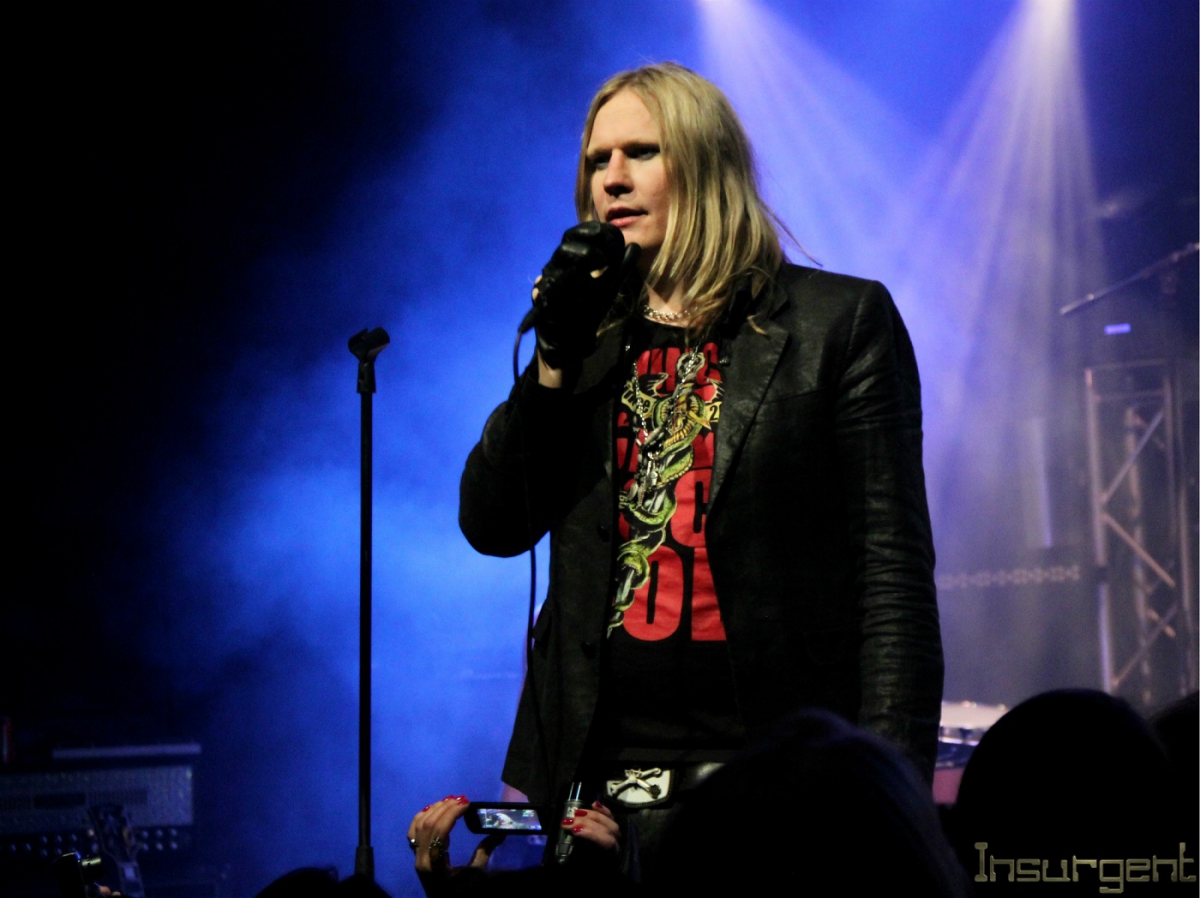 As TF frequenters know, the most fun is not always the concert, but often an afterparty, usually held in the bar Bakkari Backstage.The uniqueness of this event is the presence of musicians at the party, which is not only desirable but necessary. Thus, fans have the opportunity not just to take a picture and get an autograph, but also to get acquainted with the heroes closer, in an informal and fun setting atmosphere. And while the coolest bands of all times are spinning on the screens, and the bartender prepares a delicious cocktail, you can communicate with those you previously could not even dream of talking to.

The first day and night in Bakkari ended in a mad booze and hardly anyone remembers how, and most importantly with whom came back to the hotel room... The fact is that tomorrow you would have to wake up early and repeat all the same... but about it later.