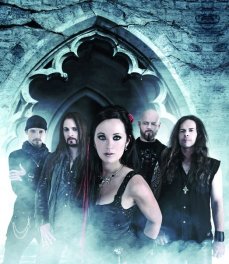 Before the concert of Xandria on the 13th of April, 2013 in Saint-Petersburg (Arctica-club) Insurgent managed to interview Manuela Kraller (vocals) and Steven Wussow(new bass player). The atmosphere was actually nice and the guys were ready to answer all of our questions.

So, guys, how is the tour going so far? How do you like the audience?

Manuela: I have never been to Russia before, but we had a concert in Moscow on the 12th of April and people were great, they were singing with us. There are actually a lot of fans here!

Is it different from other countries?

Steven: It is always different in the eastern European countries. In Germany people pay 30 euros and act like – ok, now play for me! Here in Russia people are like “Hey, I’ve paid 30 euros and now I wanna make the best party I have ever had and be completely crazy”. We love that.
Manuela: Russians are much more passionate. Because Germans - of course they sing along, cheer, after the songs it’s even more like parties but it’s not the same way as it is in Russia. There fans also shout “We want more” at the end of the show, but here it’s... wilder, I would say. 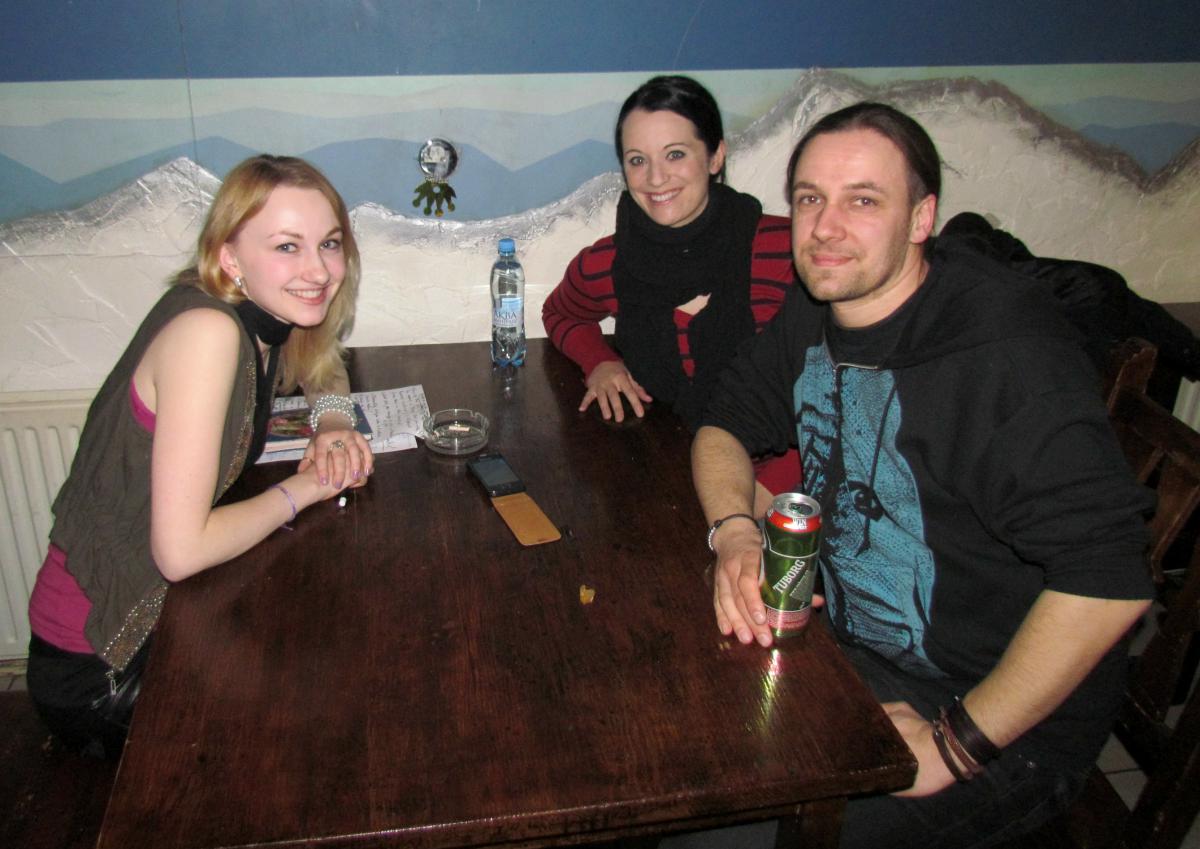 As for the name of the band, why is it called like that? Who thought it up?

Manuela: It has no special meaning, it was just something that popped out of Marco’s mind while he was thinking about the names. He thought that it sounded nice and it felt kind of right to name a band like this. Actually there’s a funny story, there was one thing in the Internet that was also called Xandria – it was a sexshop)))

Manuela, did you listen to Xandria music before you started to sing in this band?

Manuela: Yes, I did, I had the Ravenheart CD, but to be honest I didn’t have the other CDs. The Ravenheart CD I bought because I really liked the song of the same name on it, and after a few years there were editions.

What about the songs from earliest albums – are you planning to re-record them again, because they have been written not quite for your voice…

Manuela: No, it’s not planned yet, but many people ask for it, actually, and we once talked about it, so maybe one day we will re-record some of the songs.
Steven: And now we are working on a new album, which will be out in 2014. And then maybe we will make a release of some EP which might contain special stuff like new recordings of the old songs and so on.

Is your next album going to be in the same genre as the last one?

Steven: The new album is like the second part or the next step of the “Neverworld’s End”, there are also a lot of fast songs as well as melodic ones.

Oh by the way, Steven, what about you, how did you get into the band? Were you a fan of it?

Steven: Not really. Actually, when I heard that Xandria is looking for a new bass player, before I was a session player, so I wrote them an email, like, “If you are looking for someone, this is my page, just give me a call”. And after I had sent the email, I thought I should probably look what the band is all about. So I watched the Valentine video and said – yeah, that’s pretty cool! So basically I only knew the name and I guess I’ve seen them before on some festival, and I was interested ‘cause it is a great project, they have a great image, and I am glad they accepted me into the team.

What was the band where you played before?

Steven: I played in Domain, Shylock & Illectronic Rock I am here, and some other bands which are only known in Germany. I played in the bands during the last five years I guess.

Manuela, you are in a band of four men. How do they treat you – as a tomboy or as a princess?:))

Manuela: Let’s say I want to be the princess there. But they always make a lot of jokes in front of me, and the more I was in the band, the more I learnt to give the jokes back, so now it’s kind of equal and we have a lot of fun together.

You are playing symphonic metal, and many people compare you to Nightwish or Within Temptation. What do you think about it and was your style influenced by these bands?

Manuela: Well, it’s so funny that Xandria has actually been compared to Nightwish. As we didn’t sound like it on the first album, maybe only the last album has something in common with Nightwish. But we didn’t make the sound similar to it. Before I came into the band the guys wanted to take some kind of new direction after Lisa left and after Kerstin left also, so they agreed that it is something that they have a real passion for... I guess, when you do something with a classical voice and music that we play, and the orchestration, people might compare you to Nightwish. I do the same, you know. When I hear some music and I think – it sounds a bit like something... So it’s ok. Especially me and Mark - we love Nightwish, so of course there is some kind of influence, but we are still trying to be on our own and we can feel the Xandria style within, that’s important for us.

Are you planning to cooperate with some bands on stage, during the tour or in future? 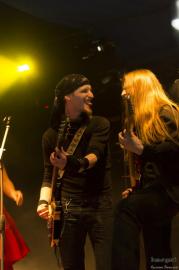 Steven: No, nothing like that is planned yet. Of course during the tour we have local bands that are for support, like we played on the same stage as Arkona band from Moscow. But usually we just rush in and rush out of the club so we mostly don’t even know who the support band is, cause we are always in a hurry and maybe just say “Hey guys!” and talk a little bit.

You are going to perform at Wave Gothic Treffen, right? What will be your program there?

Manuela: It will be a mixture of songs from old albums and the new one. Old tunes also belong to Xandria, many people like also the old stuff. As for festivals, in the middle of August there is also going to be a Romanian festival where we are going to play. And what is funny, there will be Haggard performing also (the band where Manuela was singing before.- Insurgent's remark.). Metal world is actually quite small.