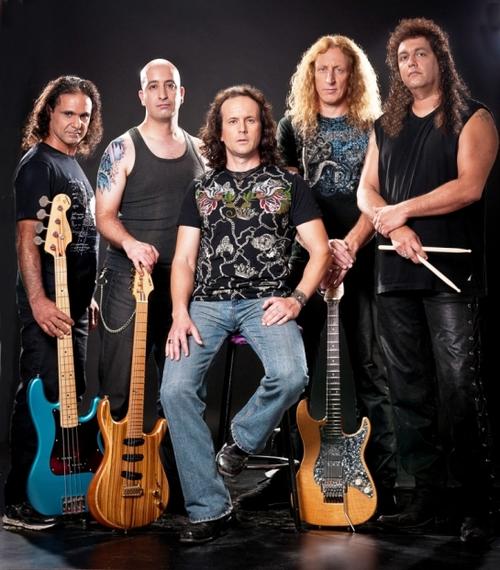 After the Metal Scent concert on the 28th of April in Saint-Petersburg (Jagger-club) Insurgent managed to interview Rami Salmon (vocals), Dror Yakar (guitars) and Yaniv Aboudy (guitars). We didn’t have much time, because guys had a train to Moscow right after the concert, but the atmosphere was actually nice and guys were ready to answer all of our questions. They were also in high spirits, making jokes all the time.

As far as I know you just got back from Moscow where you had a concert at Music Town Club. How was it?

Rami: We liked the venue, it was all full of colors and lights, and the crowd was incredible. People here really like heavy metal. And that’s the reason why we came here in the first place, so people would like to listen to what we have. I think that Russian people can connect with music and this is amazing, we’ve seen it at the Music Town and a day before at the Mansion Club.
Dror: We’ve even seen it in our country, ‘cause there are many Russian people there, more than in Europe. Most of the people at our concerts in Israel are from Russia.
Yaniv: Yeah, most of our fans are Russians or Ukrainians.

Have you learned any Russian words or phrases so far?

Dror: Spasibo bolshoye! (Thanks a lot)
Yaniv: Kak ty sebya chuvstvuyesh? (How are you feeling?)
Dror: Ya ne znayu govoryu po-russki (I don’t speak Russian)
Yaniv: I think that the basic and the best phrase is “ne znayu”. (I don’t know)

I’ve heard that it’s not your first time in a Russian speaking country and you even had a concert with a Russian band ARIA. Did you like it to be a supporting act for this band?

Dror: It was in 2010, three years ago, there were more than 2000 people.
Rami: It was so good, that we decided to add the video to our Youtube channel, you can see it there.
Dror: Yes, there are many videos from this concert. And I’ve got to tell you a secret about Aria: if I drank 1/10 of what they did, I would be dead. They are really Super-Russians. Un-fucking-believable!

So speaking about heavy metal and hard rock music we could hardly say that Israel was like the Promised Land of Heavy Metal. Is it popular in Israel, do you have your audience there?

Yaniv: People in Israel like more extreme metal genres.
Dror: Yes, at the heavier side we have a lot of bands, we don’t have a lot of heavy metal bands in Israel, maybe 2 or 3. But there is plenty of death metal, grindcore, brutal death metal.

What do you like more as a venue for your concert: a huge stadium or a small club? 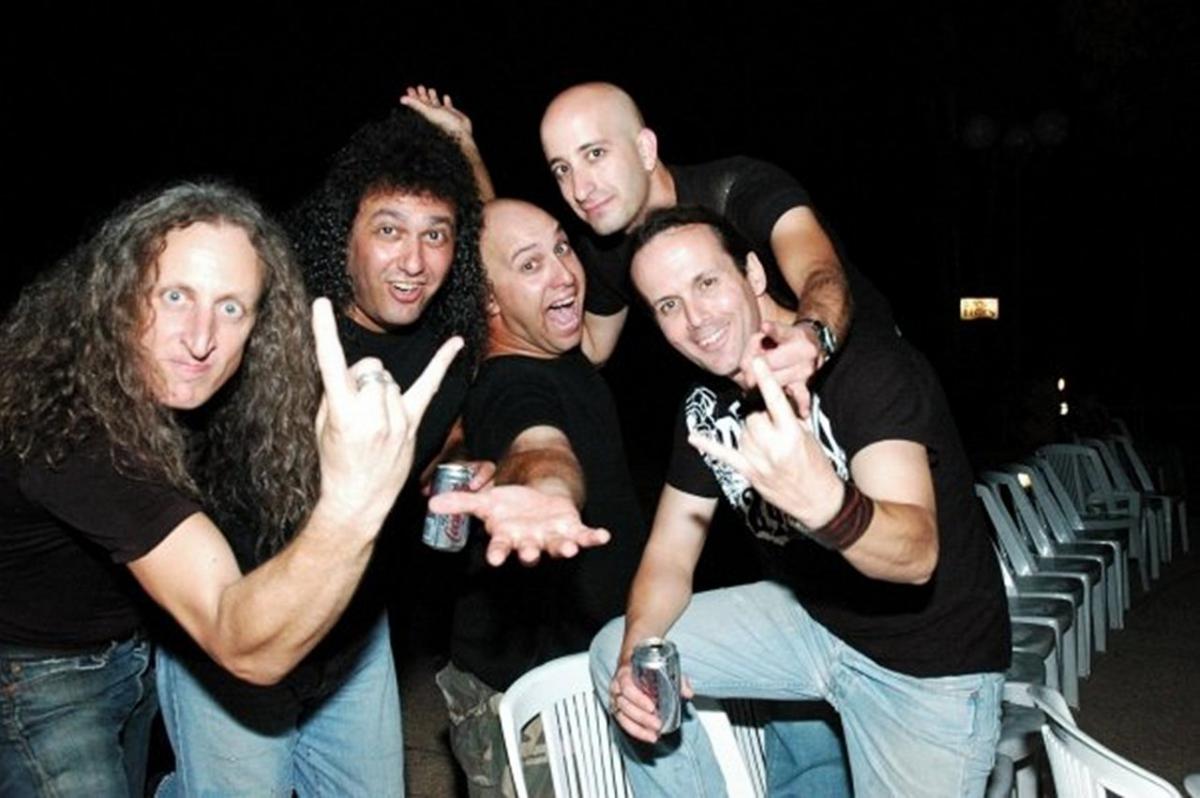 Dror: I guess you know the answer. You know, if there are two million people in the crowd the only thing I’d be worried about is if they can hear us there in the back areas.
Rami: Two years ago we were performing at the Bike Show in Sevastopol in front of 50 000…
Dror: No, 40 000. Don’t exaggerate, there were only 40 000. (smiles)
Rami: I’m sorry, only 40 000 wild fans, metal heads, screaming and enjoying the music and it was an amazing show. This is our place; this is where we should be.

And how did you start your music carrier?

Dror: I was born and was given the guitar by the nurse, seriously. (everybody laughs) But you know since we were children, we were into it. I grew up in London and I saw more than 50 metal concerts there…
Rami: For me it was nothing before metal.
Dror: I remember I’ve been listening to the Beatles when I was 12, but as I became 13, it all started.
Yaniv: I started to listen to music with the distortion when I was 10.

So all the members of the band are from the very beginning in Metal Scent or not?

Yaniv: You know, actually I saw them on TV. They were famous, because at that time they recorded the album which contained many covers on traditional Israel songs. And two years later they contacted me and asked to join them, I was like what’s going on, I was amazed.
Dror: You know, before the first rehearsal he got lost on his way to us. He was something like 40 minutes away from the place and we thought that this guy is not serious, but at last he got there.
Rami: Now he is OK.
Yaniv: I’m OK, thank you very much! (laughing)
Rami: The last album was recorded by this group of people that you saw here on stage, it’s the best ever so far that we did, you can’t compare it with the previous albums.

You know, when people google your band, the first song of Metal Scent that they see is “One way ticket to the blues”. So what do covers that you recorded for the 2nd album mean to you?

Dror: Well, it was serious, actually it was a requirement of an American label, we were signed with CrushMusic, that deals with much heavier music than we are. They wanted us to repeat what we did with the 1st album, which was recorded in Israel, but with American original singers of those songs, we supposed to make the duets. They couldn’t manage it, but at least we recorded it ourselves. And then they said, OK, fuck it, we want you to do original material, so we wrote 9 songs in two months. It couldn’t fit the album, only five of them got into it, so it’s half-original. By the way, 4 of these songs became a part of the last album.
Rami: Yes, the new album is all made of original songs and this is where we released the fire. That’s us, it’s an album called “Homemade”.

Was it really “homemade”?

Dror: You know, 4 of us 5 guys, playing in the band, have home studios. The drummer Ronny Zee is the main studio engineer; he does a lot of work in the studio. 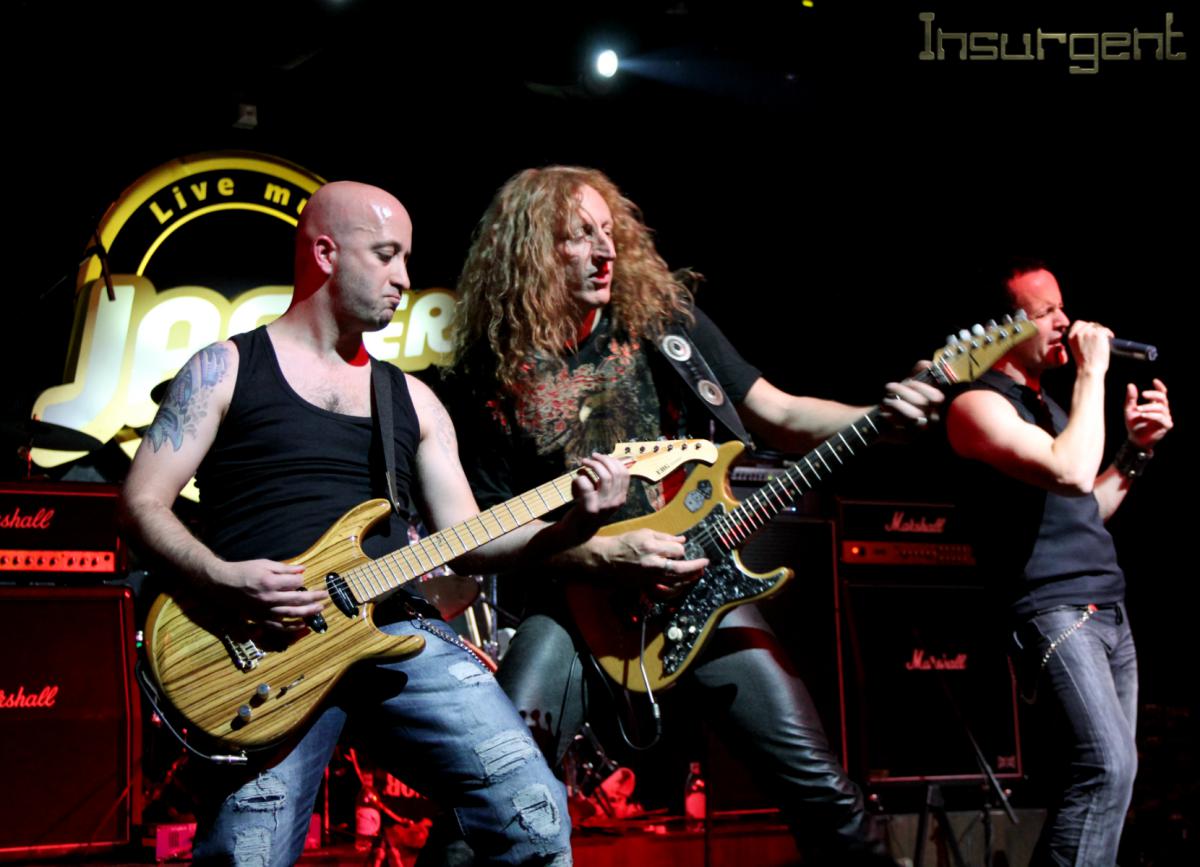 How do you work on your songs? How do you allocate work in the band: who writes the lyrics, who composes, who does mixdown?

Dror: Lyrics are written by Rami, Ronen and me. Music is written by 3 of us. And Yaniv is responsible for the dark side of the band. He has his own melodic death metal band which is called Prey For Nothing.
Yaniv: I must say, it’s an amazing project, it was really hard to find people to play with.

As far as I know you’ll be performing with Joe Lynn Turner in Moscow tomorrow. What have you prepared for the audience in Moscow?

Special thanks to Vladimir Boyko for accreditation and helping us.